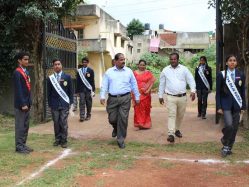 On 16 of June 2016 Love Dale Central School conducted a rally for the most important issue of today’s world i.e “Environment”. As part of this rally School students of standard IXth and Xth performed a street play “Dhoond Lao Jindagi” and a dance at Channamma Circle to create awareness and spread the message among the people of Belgaum to plant and nurture trees as a life giving initiative. This rally was conducted from Channamma Circle to District Court. The Principal of Love Dale Central School and the teachers along with more than 200 students have participated in this rally. The students wore the t-shirts which were painted and coloured with the slogans by themselves. The students distributed pamphlets to convey the message. A huge crowd was gathered to see the versatile performance of the students and were appreciating the students. One person from the crowd came forward and appreciated the efforts done by the students and also mentioned that this was the best attempt of spreading the awareness about environment by the Love Dale Central School which is really beneficial for the mankind. This rally was a great success under the guidance of the Principal Mrs. Laxmi Inchal. 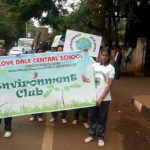 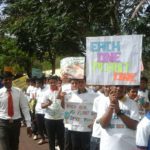 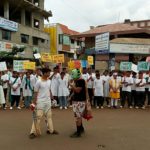