Investiture ceremony is a special occasion where the school enables the students to lead the path and leave a trail by inculcating the leadership qualities in the students by giving them additional responsibilities.

The investiture ceremony of Love Dale Central School for the academic year 2015-2016 was held at the school Auditorium. The ceremony was held with lots of enthusiasm. It was initiated with the school anthem, followed by lighting of the lamp by the chief guest, Brigadier Bikramjeet Singh Aujla. The Principal, Mrs Laxmi Inchal welcomed and introduced the chief guest. Our newly elected cabinet took an oath to be true to their responsibilities. The leaders were proudly badged by the chief guest, the Principal and the house Masters.  The motivational song was sung beautifully by our std X students. The Head Girl and the house captains shared their thoughts on taking this esteemed responsibility.

The ceremony was concluded with the motivational speech of the Chief Guest followed by the cake cutting ceremony.

At the end, The Chief guest, The Principal , the parents of the leaders who were invited for the ceremony and the school staff congratulated the newly elected leaders. It was a memorable day for the Love Dale Central School. 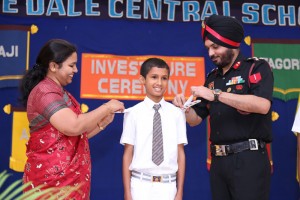 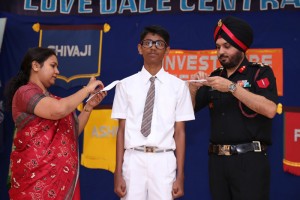 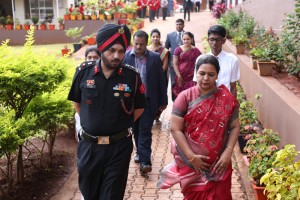 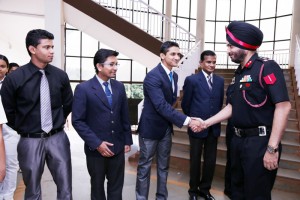 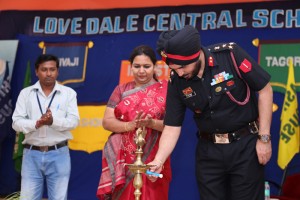 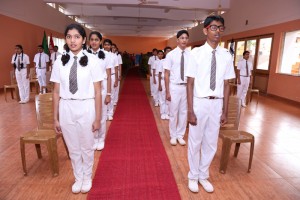