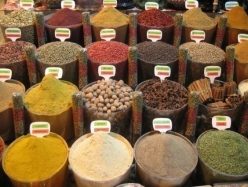 For 6 centuries, India has been a very rich country. This is partly due to its spice industry. People first started farming spices in India during the time of the Indus Valley Civilization. They used it for flavoring food and drinks. In the middle ages, Indian spices were considered to be worth more than gold, and in some cases they were worth more than a man’s life!

As of now, India’s spice industry has grown to be the world’s largest. It produces 75 different types of spices out of the 109 spices known to mankind.  It is also the leading producer of many spices such as turmeric, jeera, saffron, cardamom, clove, etc. India produces 1.8 billion kilograms of spices per year.

India is exporting these spices and spice products to many countries and is thereby earning good foreign exchange. For this reason, it is the largest exporter of spices in the world.